Whilst Deborah was on her previous secondment to Sheffield as part of the MakEY project we co-taught a session on Research for VR Design to Information Experience Design (IED) students at the Royal College of Art. Details of the session follow:

This workshop began with an overview of the research I have been conducting for Dubit, a company specialising in strategy, research and interactive for children’s digital media companies. It showed how the research was conducted and how it is being used to inform the design of VR content and technology. After this Deborah Rodrigues of Gluck shared her art practice using AR and VR. This was followed by a practical workshop in which participants created paper prototypes for a VR experience of the narrative Eric by Shaun Tan.

The following are slides and ideas I shared that have emerged from the research on children’s engagement and interaction with VR.

I talked about my belief that VR being developed in gaming and in the arts need to inform one another. VR experiences, such as those listed below, are made in order to be commercially viable. However the nature of the medium is such that we still need a lot of experimentation in order to understand what is possible, and what audiences will engage with.

It is also important to realise that narrative design will need to be thought about differently depending on the device you are creating for.

The data from WEARVR on the top searches shows that audiences are currently looking for content that allows them to experience an event they could not attend such as a sports match or concert. Or to have an experience that would be impossible to have in real life. 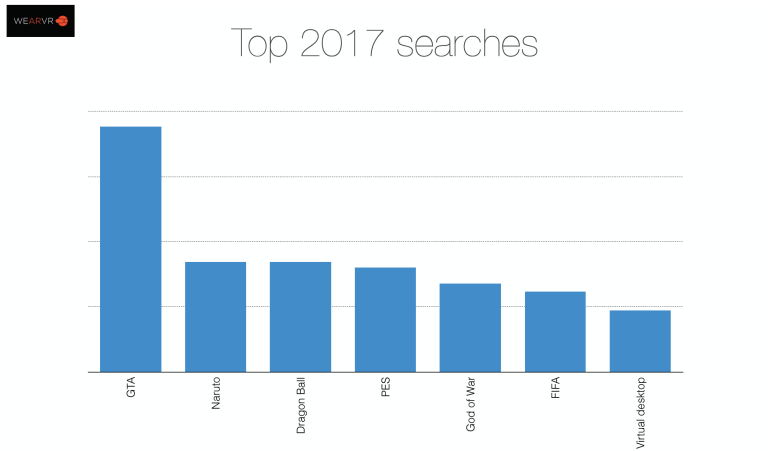 The Children and Virtual Reality (CVR) research showed that the participants (children aged between 8 and 12-years-old) were most interested in experiences they could interact with such as Job Simulator. 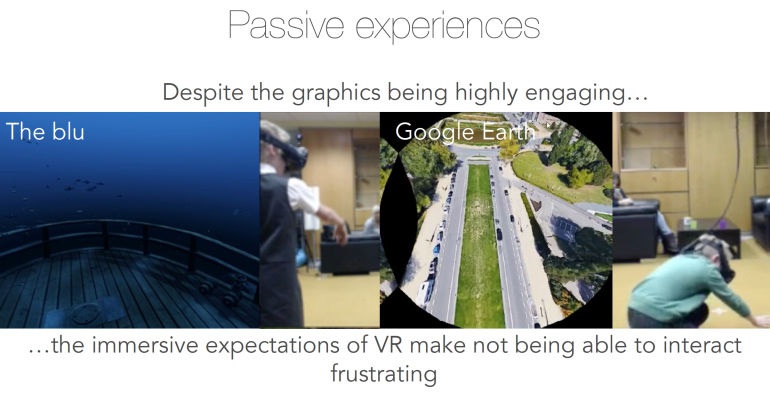 And that even when experiences were immersive but not designed for interaction children used them in very physical ways:

The Games Developer Sean Thompson has written a number of best practices for VR development that can be seen in the illustrations below. Further information can be found on his Medium site (details in the Further Reading section below)

The full CVR report can be found here:

Next Deborah Rodrigues  shared some of her work in VR and AR. She began by introducing the workshop participants to the AR work she is producing for her keynote at Pictoplasma this year:

Deborah also provided a list of AR apps that can be used as a good starting point for exploring the medium:

Deborah shared a link to an exhibition she has created in Google Tilt Brush called Friends in VR. It is designed for users to add their own artworks to the collection so that it becomes ever expanding. You can download it here. 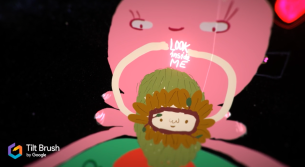 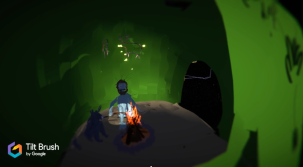 Finally Deborah and I talked about our involvement in the RISE-funded MakEY Project where we are looking at differences between how children create with physical and virtual materials as well as how they play with a physical Avakai doll in a virtual world created by Deborah. We have used the HTC VIVE Tracker to take the physical doll into the virtual world.

Using the book ‘Eric’ by Shaun Tan IED students were asked to build an analogue model of a VR setting for the story.  They were asked to think of how they could tell the story in a non-linear way. Also not to include the character Eric but to instead allow the audience to understand Eric purely from the contents of the setting. In other words to embed the narrative into the set design. We then used a 360 camera app to photograph the sets  from the centre and watched the results in a VR headset. In this way the creations were used as a prototype for a potential VR design.

In a future session we will compare and contrast the models to understand the  similarities and differences in the designs. Students will then combine the most successful elements and have a go at building the outcome for the HTC VIVE headset.

One thought on “Research for VR Design”